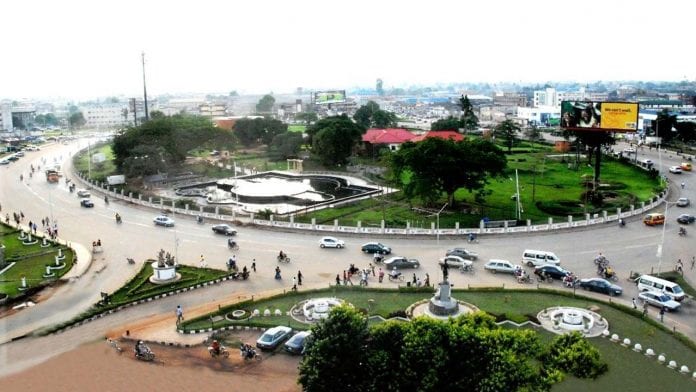 Edo state belongs to the Federal Republic of Nigeria, that is to say, it is one of the Federal 36 created states and capitals in Nigeria.

Edo is located in the southern part of Nigeria and it was created from the former Bendel state in Nigeria.

Edo was created on the 27th of August 1991 and it covered sites that were formerly referred to as kingdoms an empires.

Based on area size, it is the 22nd largest state by area in Nigeria.

Out of the 36 states in Nigeria, Edo is ranked the 27th most populous state.

The state capital city of Edo is Benin City and it can be found in the north of Benin River, Edo state.

Benin City is known for its popular Bronze artworks and it has its people called Bronze casters.

Benin City is ranked the 4th most populous city in Nigeria after Lagos, Kano and Ibadan cities.

Edo state has 18 local governments and the popular nickname for the state is “The Heartbeat of Nigeria”.

Do you have interest in learning about U.S states? Check out the list of all US states in alphabetical order with abbreviations.

Edo flag was first published online on the 2nd of July 2010 by OWAGBOYE OGIEVA who was believed to be the designer of the Edo state flag.

The flag consists of 3 main colors which are Red, White, and Green. The red color in the horizontal and the 3 stars stand for the precious bloodshed of Edo Heroes.

Edo has some symbols on its flag and these symbols are; the Queen Idia Mask, the Stately Sword, 3 Stars, and a Machete.

The Queen Idia mask signifies the head of the Edo warrior queen called Queen Mother Idia. The stately sword signifies Edo’s recognition as a royal state based on its ancient cities.

The 3 stars represent the people of Benin, Esan, and Afemai. Lastly, the machete signifies Edo people’s devotion to farmlands and as well represents the hunters in their traditional profession.

Edo state has a total area size of 6,873 squares which is equal to 17,802km2 and that therefore makes it the 22th largest state by area in Nigeria.

Also, Edo has a population of 3,233,366 people and is ranked as the 27th most populous state in Nigeria.

The region which Edo state covers comprise kingdoms and empires which were referred to as powerful sites in the ancient days.

Edo is a southern state in Nigeria and it is a diverse state which is inhabited by the Edoid peoples consisting of the Edos, Esans, and the Afemais.

Edo state is the 27th most populous state in Nigeria and according to the population census of 2006, it has a population of 3,233,366 people.

Since Edo has other ethnicities, some of the other random local languages of the people of Edo state are; Esan Afemai, Okpe, Omai, Akoko-Edo, Igbanko, and others.

The regions practiced in Edo are; Christianity religion and Islamic religion but the dominant religion or the most common religion among the people of Edo is Christianity Religion.

There is no state in Nigeria without animals as its inhabitants. Therefore, some of the domestic and wild animals of Edo are; Monkeys, Elephants, Snakes, Leopards, Bulls, Pangolins, Moles, Tigers, Ducks, Wild pigs, Antelopes, Crocodiles, Dogs, Goats, Rats, Rabbits and so much more.

Did you know that Edo was part of Bendel state in the past? But in 1991, Bendel state was divided into two states; Edo state and Delta state. Below are five more interesting facts about Edo.

Related: 5 interesting facts about New York State in the U.S.

Benin City is the capital city of Edo State, Nigeria and it is located in the north of Benin River in Edo.

Benin City is ranked the 4th most populous city in Nigeria right after the cities of Lagos, Kano, and Ibadan as its population has been estimated to be about 1,782,000 based on the 2021 population census.

Benin City has a total area size of 45 square miles amounting to about 1,204km2.

Benin City is famous for its Bronze art works and its people are regarded as the best bronze casters in the world.

The people of Benin are well recognized for their rich dressing cultures throughout Africa and their native dressings most involve beads, bangles, anklets, and body marks.

Benin City is regarded as the Rubber Industry Center of Nigeria. The old Benin used to be a kingdom and an empire as it was very powerful in the ancient days but was taken down by the British Colonel.

Benin City is well remarkable for its involvement in Agriculture in Nigeria as it produces cassava, yam plantain and some other crops.

Most of all, Benin City attracts tourists from all over Nigeria and the world to have a view of some of their attractions like; the Oba Palace, National Museum, King’s Square, Bronze Castings, Metal Artworks, and many more.

See also: The full list of all presidents in Nigeria and their achievements

5 Most popular Cities in Edo

There are 37 recognized cities and towns in Edo and out of these 37 cities and towns, 5 of the most populous cities in Edo would be detailed below according to their ranks.

Benin City is located in the North of Benin River and by the east of Lagos. Benin City is the state capital city of Edo.

Benin City has a total area size 1,204km2 which could also be calculated as 465 square miles.

Benin City is popular for its Bronze art works, its Queen Idia mask, metal works, Oba Palace and as well for its ancient empire known as the kingdom of Benin.

Ekpoma is the second most populous city in Edo state and it has a population of over 190,000 residents.

The people of Ekpoma consists mainly of the Esan tribe. The Esan West Local Government Area has its headquarters in Ekpoma.

The third most populous city on this list is the city of Auchi which is located in Edo state.

Auchi has a total population of about 150,000 people. Auchi used to be the second most populous city but was dropped down by Ekpoma city.

Okpella is the fourth most populous city in Edo state. It is populated with about 145,996 people.

Okpella is regarded as the third largest autonomous clan after the cities of Benin and Uromi, Edo.

Okpella is notable for its mineral resources in Edo state and some of these minerals are; limestone, granite, calcium, marbles and others.

The fifth most populous city in Edo is Uromi city and it has population amounting to about 119,346 people.

Uromi means; thy fled away. Uromi is also regarded as “Uronmun”. It is the most populated area in Esanland and it is located in the Northeastern Esan, Edo state.

Three villages make up Uromi and they are Okhiode village, Obirum village and Obiyon village.

As stated earlier, Edo was formed out of a state called Bendel state along with Delta state.

Edo state is a state where its people cherish their culture and tradition. Edo festivals are always fun and you get to see multitude of crowds turning up for it in an atmosphere filled with dancing, singing, drinking, eating, drumming and all other celebration vibes.

The people of Edo are referred to as the Royal people because of their ancient history which has to do with several kingships. Edo state people are fun to be around as they are friendly and loving which could be said to be part of their way of life.

What do you think about this post? Endeavor to reach out to us in the comment box below on what you think. 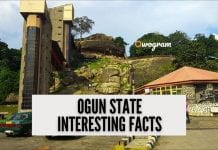