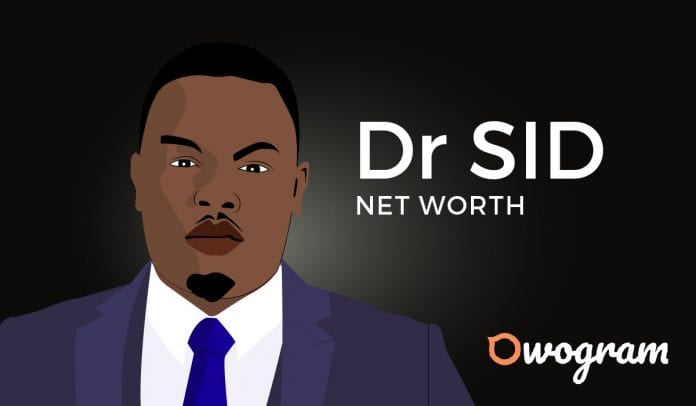 How much is Dr Sid net worth?

In his decades-long career starring in the Nigerian music industry, Dr Sid has made a name and reputation for himself by singing and sticking to his own unique style of music.

It turns out his upbringing was a different story entirely as he was brought up by his father who was an iconic actor in Nigeria.

Dr. Sid is truly a star and one of the most respected singers who has been around the industry for decades and most likely Dr. Sid net worth will increase in 2020 as well.

Dr. Sid is one of the biggest hip-hop musicians in Nigeria and has played some pretty iconic songs for the Nigerian audience. Now though, the singer is not really an active figure in the music industry as he used to be.

Although he’s not one of the richest Nigerian musicians currently, Dr Sid he once in a while pops up to drop a hit song that makes his fans fall in love with his music once again.

So for all those fans wondering how much really is Dr. Sid net worth, this article is just for you.

Sidney Onoriode Esiri (born 1 May 1980 in Ikeja, Lagos state, Nigeria), popularly referred to as Dr SID is a Nigerian singer-songwriter.

He was born and raised in Lagos but he originates from Delta state through the Urhobo tribe.

His father, a member of the order of the Niger (MON) was quite famous back then as he was an iconic actor before he passed away while his mother was a Fashion designer who excelled in the trade.

His father was well known for his part as the headmaster in the famous sitcom ‘the village headmaster’ in the 80’s.

At a very tender age, he already had his heart set to walk in his father’s shoes as an entertainer and this influenced what Dr Sid net worth is, today.

It was during these university days that he started exploring his abilities in the entertainment world by attending numerous shows, taking part in school plays, dance competitions and he was making giant strides in all he did. This resulted in the high number of awards won by him.

Through the waves he was making while in school, he bagged a record deal with the Trybe record label who subsequently released the hip-hop group Trybesmen.

Who knew what Dr Sid net worth would turn out to be? SID worked with the label as a choreographer and spent the following 3 years touring with the group as a back up dancer.

Dr SID finally got his chance to sing when he became a bona-fide member of da Trybe and was awarded a spot on the song that shifted ground in the Nigerian music industry.

The song titled “OYA” was released in 2002 alongside Sasha, 2-Shotz, Timi, DEL, and the Tribesmen (Eldee, Kb, and Freestyle).

The following year after this hit single, Dr Sid recorded his debut single titled “Don’t Stop” and was the number one video on the MBI top ten for 8 consecutive weeks.

He however had to suspend his music career for a year in order to complete his degree in dental surgery.

After Dr SID became a certified Dental surgeon, He moved to the UK working with the likes of JJC & the 419 squad, Felix Duke, KAS, R70 and D’Banj.

Upon returning to Nigeria, he took a while out to work at the Lagos University teaching hospital after which he went for his youth service at Adamawa state. During service, he successfully combined his music and work as a dentist.

He started recording a studio album titled Prognosis which featured the single “Raise da roof”. He was nominated in the Best New Act category at the 2005 Amen Awards. He abandoned the album in 2006. At that time, Dr Sid net worth and started to soar.

Dr SID after 3 years made the tough decision to quit practicing as a dentist and concentrate fully on his music career signing on to Don Jazzy Mo’ Hits Records and records Mo’ Hits Allstars collective album Curriculum Vitae (CV)  which was released in December 2007.

He featured on 7 of the 15 tracks released on the album, which include “Booty Call” and “Close to you”.

Dr SID spent most of 2008 touring with the Mo Hits Allstars, and performing at some of the major concerts, including the Thisday Music Festival and Star Mega Jam.

Dr Sid net worth experienced an upsurge when he started recording his first studio album as a solo artist under Mo’ Hits Records with producer Don Jazzy.

The first single of the album Turning Point was titled “Something About You” and was released in September 2009 and is currently moving up the African charts alongside two other Winchi Winchi ft Wande Coal and Pop Something ft D’banj.

He also performed at the MTV Africa Music Awards in Kenya as a member of Mo’ Hits Allstars alongside D’banj, Wande Coal, and Kenyan artist STL.

Following a fall out of the partners at Mo’ Hits Records, D’banj and Don Jazzy, Dr SID has since signed on to Don Jazzy’s Mavin Records.

He also had three songs from his upcoming album featured on a Mavin Records compilation album titled: Solar Plexus.

Dr. Sid starred in Moses Inwang’s ‘The Last 3 Digits’. He starred an NYSC corp member and a friend to Nonso Diobi in the film.

Dr. Sid Net Worth and Highlights

As of today, Dr. Sid net worth is estimated to be roughly 4 Million dollars. Here are some of his career highlights below:

Summary of Dr Sid Net Worth

Sid’s whole life has always been about his music and he has worked hard to be better at what he loves.

Dr. Sid net worth is obviously his gain for all the hard work he put into his music and he earned every bit of it.

Young Nigerians can also draw inspiration from him as a role model, despite all he went through in his life, music career, he still came out on top through dedication and hard work.

If this article about Dr. Sid has been insightful in any way, do well to share it with your friends on your various social media platforms.