Home The Watch Day of Independence In Nigeria ‘s History 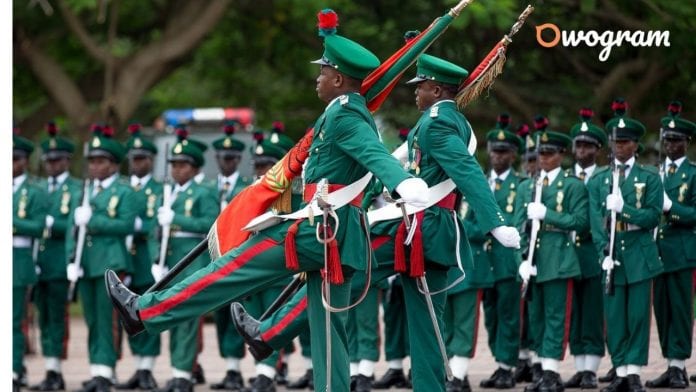 Happy Day of Independence in Nigeria! On Thursday October 1, 2020, Nigeria will be 60!

Independence as defined by an Oxford dictionary is the fact or state of being independent.

Independence (freedom or liberation) is a condition of a person, nation, country, or state in which its residents and population exercise self-government and usually sovereignty, over the territory.

As seen above, the day of independence in Nigeria is considered to be a joyous moment to celebrate annually in different styles.

It is often a day for such a nation to reflect on their history before independence and after. In Nigeria, independence day is an official national holiday celebrated on the first of October.

It marks Nigeria’s proclamation of independence from British rule on October 1, 1960. So for this reason, Nigeria celebrates its Day of Independence on the 1st of October every year.

Before going into the discussion of how Nigeria’s day of independence is celebrated, let’s have a quick look into history and events leading up to the eventual independence and the independence year (1960).

In this article, we’ll talk about Nigeria’s history answer the following questions:

The Da of Nigeria’s independence will mean nothing without acknowledging Nigeria’s history.

The history of settlers living in Nigeria can be traced to 1100 BC. Historians state that several African civilizations, such as the Kingdom of Nri, Benin Empire, Songhai Empire, and the Oyo Empire are all ancient African civilizations that are said to have settled in the region now known as Nigeria.

The different civilizations were evident in their diverse languages, religions, way of life, and politics. For example, in the north, Islam was predominant.

In the nineteenth century, there were two Islamic empires, the Sokoto Caliphate and the Bornu Empire.

To the southwest lay numerous Yoruba city-states that generally had in common animist religion and were only sometimes united.

To the southsouth was an Igbo kingdom, Nri, and a collection of semi-autonomous towns and villages in the Niger River delta.

Therefore Colonization lasted for over a hundred years, benefiting from the region’s natural resources until after World War II when a movement for independence arose.

In 1929 the company became part of the United Africa Company which came under the control of Unilever in the 1930s and continued to exist as a subsidiary of Unilever until 1987 when it was absorbed into the parent company.

The company existed for a comparatively short time (1879–1900) but was instrumental in the formation of Colonial Nigeria, as it enabled the British Empire to establish control over the lower Niger against the German competition led by Bismarck during the 1890s.

Nigeriannationalism asserts that Nigerians are a nation and promotes the cultural unity of Nigerians.

Nigerian nationalism is a territorial nationalism, emphasizing a cultural connection of the people to the land — in particular the Niger and Benue rivers.

It first emerged in the 1920s under the influence of Herbert Macaulay who is considered the founder of Nigerian nationalism.

It was founded because of the belief in the necessity for the people living in the British colony of Nigeria of multiple backgrounds to unite as one people in order to be able to resist colonialism.

The people of Nigeria came together as they recognized the discrepancies of British policy.

By the late 1950s, the call for independence of territories in Africa and the decline of the British Empire led to Nigeria being granted independence from being a British Protectorate on October 1, 1960 as the Federation of Nigeria.

Afterward, an all-Nigerian Executive Council was formed and headed by Prime Minister, Alhaji Sir Abubakar Tafawa Balewa until three years later (1963), the constitution was amended and the country was declared the Federal Republic of Nigeria with Nnamdi Azikiwe, previously Governor-General, as the first President.

You should check out this list of all Nigerian Presidents since independence till date.

Nigeria’s government has sought to unify the various peoples and regions of Nigeria since the country’s day of independence in 1960.

Nigerian nationalism has been negatively affected by multiple historical episodes of ethnic violence and repression of certain ethnic groups by the Nigerian government between the various peoples has resulted in multiple secessionist movements demanding independence from Nigeria.

However aside from instances of extremism, most Nigerians continue to peacefully coexist with each other, and a common Nigerian identity has been fostered amongst the more-educated and affluent Nigerians.

This also include many Nigerians who leave small homogeneous ethnic communities to seek economic opportunities in the cities where the population is ethnically mixed.

For instance, many southerners migrate to the north to trade or work while a number of northerners seasonal workers and small-scale entrepreneurs go to the south.

Today, Nigeria’s three main tribes are the Yoruba, the Igbo, and the Hausa. In addition to other smaller tribes, the country has over 520 languages, although it retains English as its official language.

Related: All the 36 states and capital in Nigeria

The holiday is celebrated annually by the government of Nigeria. The Nigerian flag was first hoisted on the day the country acquired its independence.

Thus, it is an important symbol in the celebration of Nigerian Independence Day. The flag consists of three vertical bands of two colors, green and white.

The two green stripes on both sides represent the country’s natural wealth, while the white stripe at the center represents peace.

The day of Independence in Nigeria is also celebrated outside the country. In New York, Nigeria’s Independence Day has been marked by celebrations in the streets since 1991.

Nigerians and her supporters in America travel from different states across the USA to the bustling city to celebrate the monumental event.

The celebrations in the U.S. are the largest celebrations outside of Nigeria and usually attract around 75,000 people every year.

It is also celebrated in London, where there will be varieties of traditional Nigerian foods on the menu of an all-you-can-eat buffet.

During this special day, Nigerians join various activities to commemorate the day their country gained its long-awaited independence.

On the morning of October 1st, the incumbent President of Nigeria delivers a speech to officially commence the celebrations of the Day of Independence in Nigeria.

Once the address is finished, the Nigerian national flag is raised simultaneously with the singing of the national anthem.

Afterward, the military officers lead a parade and finally, the national cake is cut to commemorate the celebrations at the Aso Rock (the name given to the Presidential Villa).

Although most corporate businesses and government departments are closed, on Independence Day restaurants, shops, and markets are open as usual, making the most of the celebrations and helping families to prepare big meals for gatherings.

During the day, the people of Nigeria partake in the merriment. Most Nigerians wear the colors of the Nigerian flag, green and white.

Some choose to wave these colors while out in the street. Likewise, some schools and organizations host their own Independence Day parades and cultural shows. Shopping malls, Radio and Television stations also host games and activities for children.

Moreover, clubs and other entertainment hubs in Nigeria host events in line with celebrations of the Day of Independence in Nigeria, with some venues even offering free admission for women.

Everyone is welcome to join private and locally organized parties. Concerts and comedy shows are anticipated events during the Independence Day celebrations as well.

Independence Day is the perfect excuse to have a day out with the family too, taking a break from the hustle and bustle of everyday life before it starts all over again the next working day.

Nigerians often visit friends and relatives, bond over a picnic on a park, go to the beach, and catch fun.

This year the Independence Day will be celebrated on Thursday October 1, 2020. Future dates are as follows:

National founders are typically those who played an influential role in setting up the systems of governance, (i.e., political system form of government, and constitution), of the country.

They can also be military leaders of a war of independence that led to the existence of the country.

In Nigeria, the following people played a major role in the history of Nigeria and their names often pop up whenever the nation’s Independence Day or history is being discussed.

Some of them are faces found on some of the Nigerian currencies:

All are considered founders of Nigeria. The triad of Obafemi Awolowo, Nnamdi Azikiwe, and Ahmadu Bello negotiated what we now know as the day of independence in Nigeria, from Britain, aided by such figures as Chief Funmilayo Ransome-Kuti.

In 1960, the country proclaimed its autonomy from the British Empire. From then on, the 1st of October each year is celebrated as Nigerian Independence Day, also known as its National Day.

Nigeria’s history is never complete without its day of independence. That’s why Nigeria celebrates its National Day on the day it acquired independence from British rule.

Did you find this informative? Let’s have your thoughts and comments.