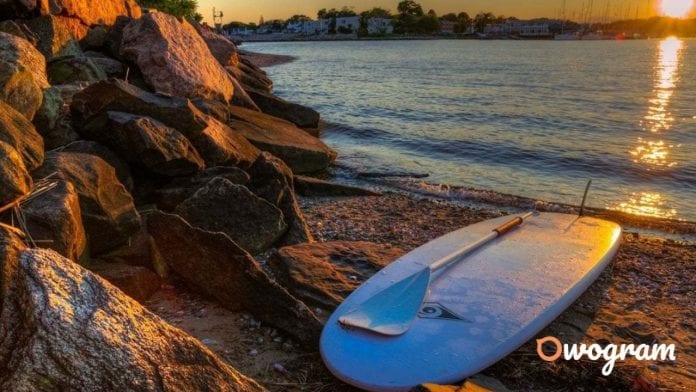 The Union of United States of America is made up of 50 states and Connecticut State is classified among.

Connecticut is ranked as one of the smallest states in the USA. It is the 48th largest State by area out of the 50.

Connecticut was the 5th state to join and ratify the constitution of the USA on January 9, 1788, and that makes it one of the thirteen original colonies that firstly made up the U.S.

Connecticut State is located in the Southern New England region of the Northern United States and it has a state mineral called the Almandine Garnet.

Connecticut State has about four nicknames which are; the Constitution State, the Provisions State, the Land of Steady Habits and the Nutmeg State. This state was named after a river called Connecticut River which was near the State.

You should check out our post about all the 50 US states in alphabetical order.

Agriculture is one of the successful means which Connecticut uses to generate revenue and it has about 6,000 farms currently.

Connecticut Flag has two main colors, White and Blue. The flag of Connecticut State consists of a white baroque shield with three grapevines bearing three branches of purple grape each.

Below the shield is a banner that has the Latin writings “Qui Transtulit Sustinet” which means “He who transplanted still Sustinet”. The overall background in which the baroque shield and banner are seen is a Royal Blue background.

The flag was unofficial when it was firstly displayed during the American Revolution War.

In 1895, the Connecticut State flag was introduced by Governor Owen Vincent Coffin, and later in 1897; the General Assembly of Connecticut approved the flag as the Official Flag.

Connecticut has a total land area of 5,567 square miles which amounts to about 14,357 km^2. The land area of Connecticut makes it the 48th largest State in the United States of America.

Connecticut is bordered by New York to the west, Rhode Island to the east, Long Island Sound to the south, and Massachusetts to the north.

Although the first settlers in Connecticut were the Dutchmen who were Fur traders, the settlers of the state were more regarded as the English.

The English icon is the person of Thomas Hooker who is referred to as the Father of Connecticut because of his impact on the Connecticut colony.

Connecticut is a U.S state that is located in the New England region and the influence of the British would definitely have its way in the state, especially Hartford city which was named after a British city called Hertford.

The official language of the people of Connecticut is English and the majority of Connecticut people practice Christianity. There is also some people in the state who are Jewish, Mormon, and Muslims.

The official state animal of Connecticut State is the Sperm Whale.

Related: Texas state in the USA – Interesting things to know

Did you know that the oldest continually published Newspaper in the United States is found in Connecticut State?

Would you like to know more interesting facts about Connecticut? I have more for you below.

5 Most Popular Cities In Connecticut

There are 169 towns in Connecticut State and about 19 of them are chartered as cities.

5 of the most popular incorporated cities of Connecticut would be detailed briefly below.

Bridgeport is the most populous city in Connecticut as it has a population of about 143,010 people.

Although it seems little, it is the 5th most populous city in the New England Region of United States anyway.

Bridgeport is located in Fairfield County near Pequannock River in the eastern area of Connecticut State. Bridgeport city has a total area of 19.4 square miles amounting to 50.2 km^2. Bridgeport is nicknamed the park city.

Stamford is the 2nd most populous city in Connecticut. Stamford is located on the Long Island Sound’s shore of Connecticut and it has a population of about 131,593 people.

Stamford is popularly called a City that works. It belongs to the County of Fairfield.

New Haven is home to various U.S innovations like Lollipop and the Hamburger. New Haven is located on the coast of Long Island Sound in Connecticut.

New Haven is the 3rd most populous city in Connecticut and it has a population of about 130,850 people. New Haven is home to the famous University called Ivy League Yale University.

New Haven is nicknamed the Elm city and it belongs to the New Haven County. New Haven has a total area size of 20.13 square miles amounting to 52.15 km^2.

Hartford is the state capital city of Connecticut with a population of about 121,033 people and it is the 4th most populous city in Connecticut.

Hartford is located in the North-Central area of Connecticut state and it belongs to the county of Hartford.

Hartford has a total land area of 17.38 square miles amounting to 45.01 km^2 and a popular nickname for Hartford is the New England’s Rising Star.

Although Waterbury is the last on this list, out of the 169 towns of Connecticut which 19 of them are incorporated cities, Waterbury is ranked the 5th most populous city in Connecticut.

Waterbury has a population of about 107,701 people and it is located near the Naugatuck River in Connecticut, United States.

Waterbury has a total area size of 28.94 square miles amounting to about 74.97 km^2. Waterbury belongs to New Haven County and it is nicknamed the Brass City.

Related: Arkansas state in the USA – All you need to know

Connecticut state is one of the states in USA that produce Almandine Garnet which is its official state mineral.

Did you enjoy any of the interesting facts above? If you don’t mind, hit the comment box below to let us know if any of the facts got you amazed.