Home Net Worth Chinko Ekun Net Worth And Biography 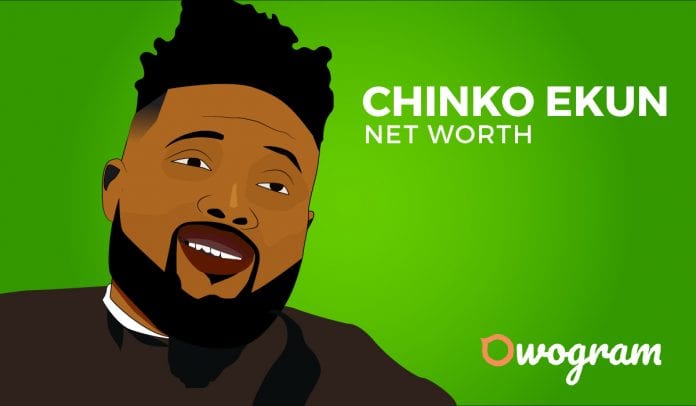 What is Chinko Ekun net worth?

Chinko Ekun is a talented Nigerian singer artist, rapper, and songwriter who hails from Ondo State and came into limelight after his song “Able God” became a hit.

He is by name Oladipo Olamide Emmanuel. According to him, the name “Chinko Ekun” is coined from a combination of two different words.

He got ‘Chinko’ from someone that said he looked like a Chinese in his PD days while ‘Ekun’ was his first hit track, and has worked with some of the top 10 richest musicians in Nigeria.

The indigenous rapper that raps mostly in the Yoruba language got a massive boost in his career after he caught the attention of one of Nigeria’s top musicians named Olamide, who is the CEO of YBNL.

Chinko Ekun Net Worth And Highlights

Talking about Chinko Ekun net worth, as of today, he’s worth an estimated $1.4 million . Here are some of his best highlights:

Oladipo Olamide Emmanuel popularly known by his stage name as Chinko Ekun was born on 13th September, 1993. Who knew what Chinko Ekun net worth would turn out to be?

Being the second of three, he was born and bred in Ikotun, Lagos State, Nigeria. Though, he is a native of Ikare Akoko Local Government Area of Ondo State.

After that, he gained admission into Baptist Model High School, Ijegun, Lagos State, for his secondary education

He bagged a law degree from Obafemi Awolowo University, Ile-Ife, Osun State, Nigeria. After that, he decided to devote himself to professional and full-time music.

At the age of 7, Chinko Ekun started developing passion for music. During his first year in the university, he picked interest in commercial and rap music.

Chinko Ekun officially started his musical career in 2011, posting videos of his freestyles on Instagram.

He appeared on Olamide Live in Concert “OLIC) 2014, where he did freestyle performance.

Related: Olamide net worth and biography

A year later, he exited the record label after his contract expired, alongside fellow label mates Adekunle Gold and Viktoh.

In 2017, he joined Dek-Niyor Entertainment, a Dubai based record label after which he released his first single “Shayo” featuring Dremo and Falz, who is one of the top 10 best rappers in Nigeria.

On 13th September, 2018, he released a song titled “Able God” featuring Zlatan Ibile and Lil Kesh. The song earned him his first award at the Headies 2019 as “Best Street Hop Artiste”. At this point, Chinko Ekun net worth had started to rise.

Ever since Chinko Ekun came to limelight, he has been a force to reckon with in the Nigerian music industry.

You can download any of Chinko Ekun songs and raps from any of these top 10 Nigerian music download websites.

Aside being a rapper, Chinko Ekun also has a diary series where he performs his narration in the most artistic manner.

Chinko Ekun net worth is still on the line as more achievements are rolling in.

In one of our Favorite Chinko Ekun quotes, he said; “When you succeed and your name is everywhere, everybody suddenly recognizes your existence”.

There is no arguing that Chinko Ekun has marked his terrain in the entertainment industry but like most achievers, he had to work hard to get to where he is. You work towards your success.

Chinko Ekun net worth is on the rise and this proves that the road to success is rough and narrow but in achieving one’s goal, one must remain resilient and never give up regardless of obstacles that might come their way.

Chinko Ekun made it clear in one of his interviews that nobody cares about anybody; it is when you succeed that everybody recognizes that you exist. Nobody cares about the ladder you use in attaining your success.

Summary of Chinko Ekun Net Worth

This is just the beginning of stardom for our promising upcoming Nigerian rapper, Chinko Ekun. We can’t wait to see more creative woks from him.

What do you think about Chinko Ekun net worth? Let’s have your comments.