Home The Watch Tallahassee, the Capital of Florida – 20 Interesting Facts 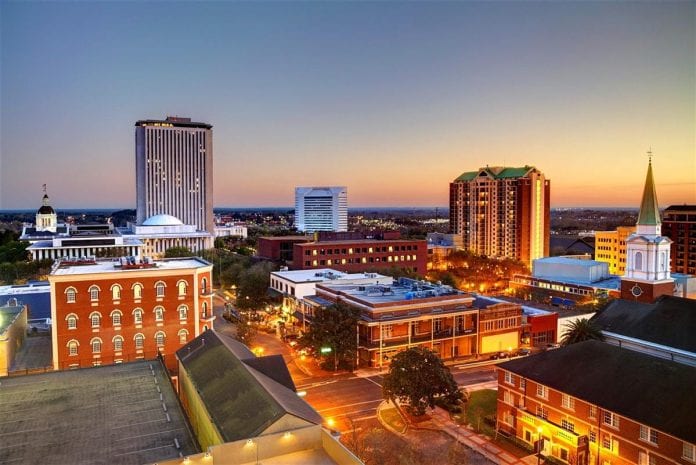 The capital of Florida is Tallahassee. Tallahassee means old fields or old towns and it rightly known as an Indian word.

Tallahassee belongs to Leon County and it is popularly called Tally. Tallahassee is located in the North-Central part of Florida State.

Tallahassee is home to the third tallest state capitol building in the United States of America and it was made the state capital city of Florida State in the year 1824.

Do you want to know more about Tallahassee?

1. The name Tallahassee means Old Fields or Old Towns and it is regarded as a Muskogean Indian Word.

3. Tallahassee has the hilliest spots in Florida and its highest peal is about 200 feet above the sea level.

4. The Horse-drawn hearse of Abraham Lincoln is displayed at the Tallahassee Automobile Museum.

6. Tallahassee has the highest powered magnet laboratory on Earth which is the FSU’s National High Magnetic Field Laboratory.

Related: All US states in alphabetical order

8. The most common nickname for Tallahassee is Tally.

9. Tallahassee was named in 1988 as one of the top three cities in the southeast to live by the Money Magazine.

10. Tallahassee was awarded the best in American parks and recreations in 2006 by the National Recreation and Park Associations.

11. Tallahassee is home to the third tallest state capitol building in the United States.

12. The National Arbor Tree Foundation awarded Tallahassee in 1992 as the tile of Tree city in the United States.

13. Sometime in 1989, it was recorded that the residents of Tallahassee celebrated a white Christmas based on the Climate condition of that time.

14. Tallahassee has about 15 separate bike trails and more than 40 walking trails.

15. It takes less than an hour to get to the Gulf of Mexico from Tallahassee.

Related: 20 interesting facts about Juneau – the capital of Alaska

16. The most educated population in Florida is that of Tallahassee residents.

17. As small as Tallahassee is, it has over 24 Art Galleries and 15 Museums which shows how committed Tallahassee is to arts and culture.

18. Tallahassee was incorporated in 1821 and it was made the state capital city of Florida in 1824.

20. Tallahassee is well known as a college town and it has been known for that for more than 150 years.