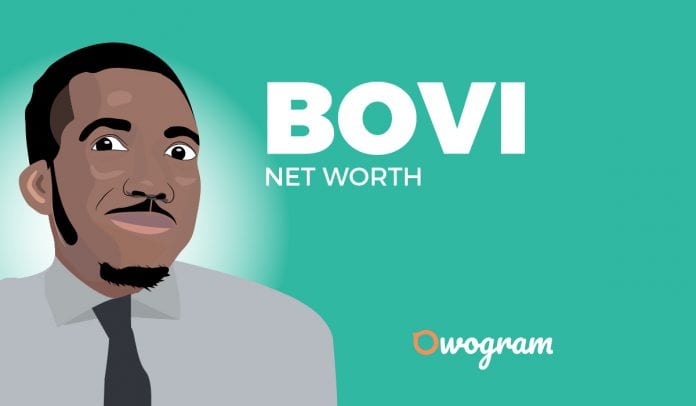 How much is Bovi Ugboma net worth?

It is hard to make a list of established, prominent comedians in Nigeria without mentioning the name Bovi.

He is one of the star comedians who built their career in comedy from scratch, and he is definitely dignified for attaining the level he is today.

It is no coincidence that Bovi Ugboma net worth is one of the things his fans, and audience think of when they see him on stage.

His renewed looks, wears, and vigor is one of the features which provoke the thoughts, considering how he started his career. He is no doubt one of the top 10 richest comedians in Nigeria right now.

Today, Bovi has become the focal point and the big gun in the comedy industry. His presence in the industry is not hard to notice with his funny demeanor without even speaking a single word.

He’s so good at what he does, and that is why he receives all the plaudits that go his way every single time he is on stage to showcase his talents in making people laugh.

In this article, we will focus on Bovi Ugboma net worth, from where it all started to the level which he is today. His story is full of inspiration, and you will surely grab a lesson from his career.

Bovi Ugboma Net Worth and Highlights

As of today, Bovi net worth is estimated at N600 million Naira. Here are some of his highlights:

Going by his real name, Bovi Ugboma is a native of Delta State but was born in Benin city on the 25th of September, 1979.

Growing up in his state of birth, he attended the UNIBEN staff school where he had his basic education.

He was admitted into the government College located in Ughelli in 1991 for his secondary education.

Initially starting the school as a boarding student, Bovi was removed from the boarding house of the school and changed for the Edokpolor Grammar school in Benin city, which allowed being a day student that move from home to school.

This is all due to disciplinary reasons, as well as provide him some training in-home business.

He was subsequently transferred to his third school within three years. This time, he moved to the Boys model secondary school which was another boarding school in Onicha-Olona, an all-boys school.

He graduated his secondary school in flying colors, and in no time earned admission to the Delta State University in 1998 where he majored in Theater Arts, a discipline that has contributed immensely to Bovi Ugboma net worth today.

After completion of the degree in his preferred discipline, he was transferred to Kogi State where he was tasked by the NYSC. His place of primary assignment at the time was at the Nigerian Television Authority (NTA) in the capital.

Bovi’s first significant role in the Nigerian movie industry came in 2007 when he wrote and produced a spectacular show which caught the attention of the Nigerian audience and was titled, Extended Family.

Within the space of a year, the sitcom show became very popular among Nigerians.

Despite his success in the sitcom production, Bovi found much more passion for stand up comedy after attending a few shows himself.

This allowed him to make the decision to fully go into Standup comedy with a lot of determination and zeal to make it big in the endeavor.

Who knew this decision would have a great impact on Bovi Ugboma net worth?

In no time, he became a big name in the comedy industry after he thrilled the crowd as a stand up Comedian in the Nite of a thousand laughter show which was then hosted by Opa Williams.

The audience was so wowed by his performance on stage that it became Bovi’s big Breakthrough he needed for his career.

Ever since then, Bovi has never looked back, as he continued a lot of shows as a Standup Comedian, most of which ended in a loud ovation for the man and his obviously huge talent.

Bovi Ugboma net worth started to gather pace at this point, through his hard work and dedication. He attended so many shows in a short time, so much that his name became sort of a household name.

After the numerous shows which he attended over the years as a stand-up Comedian in a guest appearance, he succeeded in organizing his personal, special comedy show at the popular Eko hotels.

This show was huge for him, and through his touching yet funny comedy, it was hugely successful.

Bovi Ugboma net worth got a huge boost after this, and his career as a Standup Comedian became established.

He invited other top comedians like Basketmouth, Ayo Makun, I go dye, etc. in the country to make guest appearances in a show of good faith to his other colleagues in the industry.

The following year, Bovi organized another Stand up comedy show, but this time, it was groundbreaking.

The show was well advertised and publicized to Nigeria in order to increase viewership for those who couldn’t afford to attend the show but also for those who are able and have the time to attend.

It was such a huge show which international rated celebrities like Ja Rule and Ashanti were invited to the show.

This simply shows how much Bovi Ugboma net worth had boomed within a couple of years. The show was tagged as Man on fire, and without surprise, Bovi was on fire for the show.

The show was viewed across many cities in the United States of America, London, Melbourne, and Toronto. You can imagine how much Bovi net worth would be at this point.

After a three year break from setting up a personal stand up comedy show, he took the Man on fire show back to Lagos.

Within the three year break, he made a few appearances as a guest Comedian in several other shows like the AY Live.

After experiencing so much success with the man on fire show, he made four more editions of the show which ran consecutively till 2019, which he declared as the final edition of the show.

Before ending his Man on fire show, Bovi had already started another franchise, this time in the movie industry.

It is another sitcom comedy show titled ‘Back to School’, of which each episode is uploaded to his numerous social media accounts.

So far, Bovi has worked alongside other star comedians and celebrities to make such a beautiful career in comedy.

These comedians include I Go Dye, I Go Save, Basketmouth, Buchi, Odogwu, Okey Bakassi, Julius Agwu, and many others. Bovi Ugboma net worth was undeniably huge within this period working with other comedians.

Another activity which would obviously have made effects on Bovi net worth is his first full movie which was released in 2016 titled ‘It’s her day’.

The movie production was so good he was nominated for the AMVCA Awards in the best actor in the comedy category.

This nomination was his third out of the fourth total nominations he’s had from AMVCA. Bovi Ugbboma net worth is currently estimated to be worth N600 million.

Summary of Bovi Net Worth

You’ll agree with me that Bovi Ugboma net worth is well deserved for someone who has put in so much work into becoming one of the best, and popular comedians in Nigeria.

The journey has been so hard for him, but with hard work and dedication to what he does best, it got easier and his net worth soared accordingly. 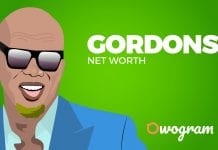 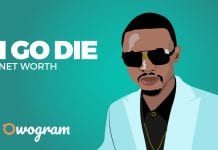