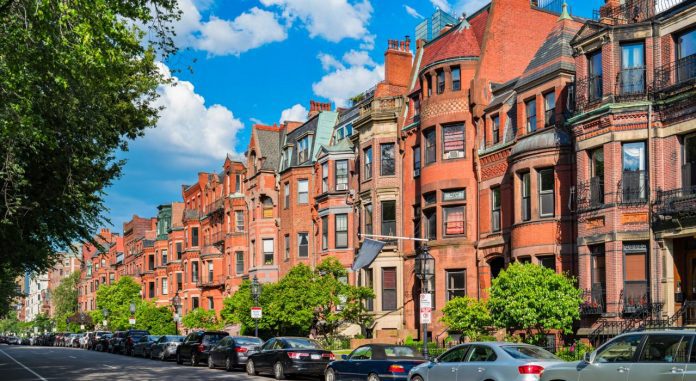 We bring to you 20 interesting facts about Boston – the capital of Massachusetts State.

Boston is located in the County seat of Suffolk, Massachusetts and its metropolitan area is known as Greater Boston.

Boston was incorporated as a city in 1822 and it is currently the most populous city in Massachusetts, and in the New England region.

Also, of all the cities in the United States, Bostin takes on the 21st most populous city as its population has been estimated to be 692,600 people.

Some of Boston’s well-known nicknames are; Bean Town, City of Notions, the Cradle of Liberty, The Puritan City, The Hub, The City on a Hill, City of Champions, Olde Towne, Tittle Town, and many other random nicknames.

Boston was named after a town in England, also called Boston in Lincolnshire.

20 Interesting Facts About Boston – The Capital of Massachusetts

Here are 20 interesting facts about Boston, the capital of Massachusetts State below.

Related: Full list of all contiguous US states in alphabetical order

Boston is home to the first subway system in the United States. The name of the subway is called the Boston subway and it was built in 1897.

Boston is known well known for its baked beans which is why Boston was nicknamed “Bean Town”.

Boston is known for weird laws although most of them are not enforced currently. An example is “It is illegal to leave your windows open while you snore at night”, Weird right?

Boston is home to the first public beach that was ever opened in the United States. The Revere Beach also called Chelsea Beach was the first American beach to be opened to the public.

The Ted Williams Tunnel is located in Boston and it is the deepest tunnel in North America. The tunnel is 90 feet beneath the earth’s surface.

Boston city was once flooded with molasses. A rise in temperature pressured the storage tanks containing millions of molasses gallons to burst open and that led to the flooding of Boston with molasses. The incident damaged many property, injured about 150 people, and took 21 lives.

In 1880, Justin White invented the Candle Pin Bowling in Boston.

Boston boasts of the first Light House in America. The Light House was built in 1716 in Brewster Island.

The first Thanksgiving in the United States was celebrated in Boston.

Due to beliefs that Christmas was a corrupted Holiday, the Christmas celebration was once banned in Boston, in 1969 and it went on for about 22 years until the ban was finally lifted in 1681.

Boston was home to the world icon, John F. Kennedy, who had also served as the president of the United States.

Boston is the only capital city in the United States to have a shoreline.

Boston was named after a town in England by the European settlers also called Boston (town) in Lincolnshire.

The first American public park was established in Boston in 1634.

In the late 19th century, it was said to be illegal to bathe without a prescription in Boston.

When the Boston Tea party occurred, more than 92,000 pounds of tea were dumped into Boston Harbor by the protesters.

The Boston University Bridge is praised for its level of architecture as it is the only bridge in the world where a boat can sail through a sea under a passing train, at the same time under a passing vehicle and under an airplane.

Happy Hours are banned in Bars. The ban came up as a result of a fatal accident that took the life of a woman as was caused by driving under the influence of Alcohol.

The biggest Art heist in the world occurred in the state capital in 1990. Two thieves disguised as Boston Policemen and used their cunningness to steal 12 paintings worth 100-500 million dollars from the Isabella Stewart Gardner. To date, the stolen Arts haven’t been recovered.