Home The Watch Atlanta Georgia – 20 Interesting Facts You Should Know 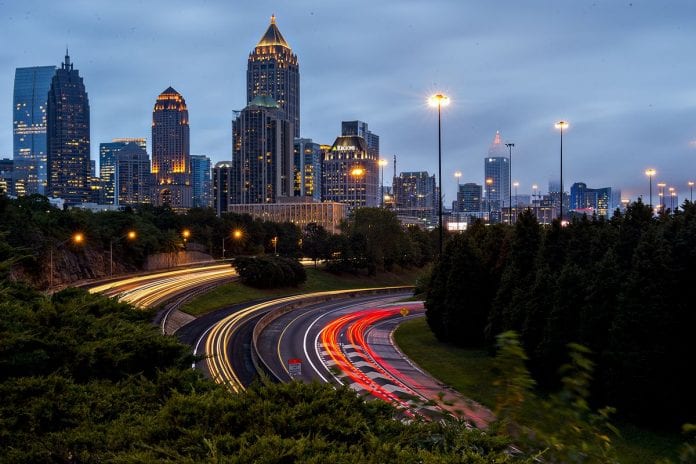 Atlanta Georgia is the current capital city of Georgia State and it was founded on the 29th of December, 1847.

Atlanta is located in the Northwest area of Georgia State – one of the 50 U.S states, and it belongs to the seats of Fulton and DeKalb counties.

There are series of nicknames accounted to the city of Atlanta Georgia and they are; the city in a forest, the A, the gate city, Hollywood of the south, ATL, and many others.

Atlanta also played a very important role in the Civil Rights Movement which was influenced by Martin Luther King Jr.

Also, Atlanta has the 9th largest metropolitan area in the United States of America.

Atlanta has the second largest shopping center space in the United States of America.

The busiest Airport in the world is located in Atlanta Georgia and it is called the Hartsfield-Jackson International Airport.

Atlanta was the only Northern city in the United States that was destroyed and burnt down as an Act of war.

Related: 20 Interesting facts about Hatford City – the capital of Connecticut

Did you know that it was once illegal in Atlanta to put or keep an ice cream cone in your back pocket?

The fastest baseball match in history was recorded in Atlanta Georgia as a result of Mobile Sea Gulls beating the Atlanta Crackers 2-1 within 32 minutes.

The popular book “Gone with the wind” was written by an Atlanta resident called Margaret Mitchell because she had an ankle injury which kept her from walking and as a result, got her bored.

Atlanta is nicknamed the city of forest as it has over 100,000 shade trees planted and distributed around the city.

When Atlanta city was destroyed and burnt down in 1864 as an Act of war, only 400 buildings survived.

Did you that Majority of all the directions in Atlanta usually include the phrase “Go down the peach tree”?

The Atlanta capitol building is layered in 43 ounces of pure gold.

More than 70 streets in Atlanta has the word “Peach Tree”.

Related: 20 Interesting facts about Nashville – the capital of Tennessee

Atlanta Georgia is also one of the few cities that has a professional team for the majority of the sports activities in the U.S.

The world’s most famous soda “Coca-Cola” was invented in Atlanta, Georgia State in 1886 by a pharmacist called Dr. John S. Pemberton.

Atlanta was formerly called names like Terminus, Thrasher Ville, Dean Ville and Marthas Ville until it was finally named Atlanta.

Did you know that tying your pet giraffe to a street pole or electric pole is a crime in Atlanta city?

The Atlanta Zoo/Zoo Atlanta which is located in Grant Park has the largest numbers of Orangutans and Gorillas than any other zoo in the United States.

The CNN’s global headquarters is located in Atlanta city, Georgia and it is closer to Atlanta Centennial Park in downtown Atlanta.

Atlanta Georgia film festival occurs every spring during the months of March or April and the international films and art of cinema are celebrated.

20 Interesting facts about Juneau – The capital city of Alaska

20 Interesting facts about Little Rock – the capital of Arkansas