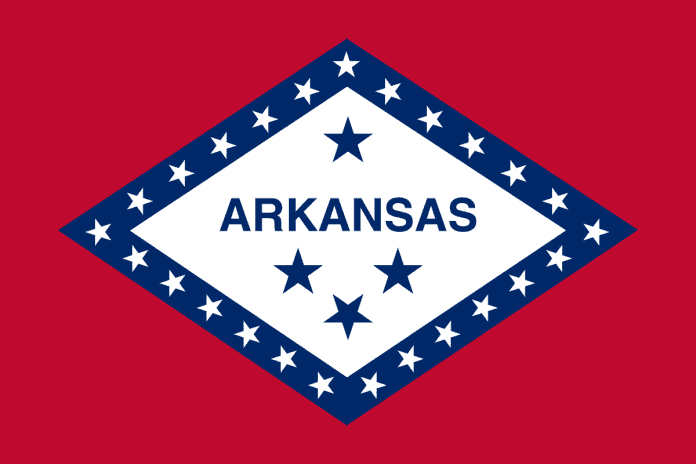 There are 50 states in the United States of America and Arkansas State is one of them.

Arkansas is located in the south-central region of the USA.

Arkansas is the 34th most populated state in the United States with a population ranging above 3 million.

Arkansas has a total area size of 53,179 square miles and that makes it the 29th largest state by area in the United States of America.

On the part of nicknames, Arkansas is famous for two nicknames which are; “The Natural state” and “The Land of Opportunity”.

Little Rock is located at the south bank of Arkansas River very close to the geographic center of Arkansas and it is the most populous city in Arkansas.

Arkansas state is famous for its mountains, rivers, beautiful lakes, hot springs, and forests. Arkansas is one of the top producers of Rice and Poultry products in the United States.

The white-tailed deer is the state mammal of Arkansas and its state bird is the northern mocking bird.

The Arkansas state flag was formed and designed on Feb 26, 1913, by a man named Willie K. Hocker, a member of the Pine Bluff chapter of the Daughters of the American Revolution.

Since the Arkansas flag creation, it has been subjected to three modifications which occurred in 1923, 1924, and 2011.

The flag consists of a rectangular red field which is the background, a large white diamond accompanied with a wide band of blue, which has about 25 stars places on it.

On the white diamond, the word “Arkansas” is written on it and four blue stars are positioned; one is seen above while the other three are seen below.

The white-tailed deer is Arkansas State mammal and the state bird is the mocking bird.

Arkansas is a state in the south-central area of the United States of America.

Arkansas is bordered by Louisiana to the south, Texas to the southwest, Oklahoma to the west, Missouri to the north, and Mississippi and Tennessee to the east.

Based on the 2020 United States Population Census, Arkansas is home to 3,013,756 people and has the ranking of 34th most populous city in the United States.

Arkansas culture is a subculture of the southern United States that has blended to the influence of the European settlers’ culture, Native American culture, and the ancient African slaves’ culture.

In 1514, a Spanish explorer named Hernando De Soto crossed the Mississippi River and became the first European settler in Arkansas.

Some of the indigenous people that inhabited Arkansas before the Spanish explorers visited Arkansas were the Caddo, Osage, and the Quapaw peoples.

The people of Arkansas refer to themselves as the Arkansans or the Arkansawyers.

Arkansas doesn’t have the nickname “Natural State” for nothing as its ecosystem gives convenience to the wildlife of Arkansas. Arkansas forests have over 11.9 billion trees and cover 56 percent of the State.

There are a lot of animals in Arkansas forests. Some of the wild animals that inhabit Arkansas State are; bald eagles, black bears, milk snakes, bobcats, mountain bull elks, timber rattlesnakes, coral snakes, badgers, mountain lions, and many other animals.

Below are five more interesting facts about Arkansas State in the United States of America.

The state capital city of Arkansas is Little Rock and it is located at the center of Arkansas along the banks of the Arkansas River.

Little Rock was founded on June 1, 1821, and got its name after a little Rock formation found in the Arkansas River. Little Rock belongs to the county of Pulaski.

Little Rock is the most populous city in Arkansas State and the 126th most populated city in the United States of America as it has a total population of about 197,958 people.

A Billy Bass Adoption Center is located in Little Rock and it was said to be the first retirement community for Billy Basses.

5 Most Popular Cities In Arkansas

There are over 500 cities & towns in Arkansas State and Little Rock, its capital is the most populous city in Arkansas while Gilbert is the least populated town in Arkansas.

Below is the list of the 5 most populous cities in Arkansas State, United States of America.

Little Rock is the most populous city in Arkansas, U.S.A. Little Rock has a total population of about 197,958 people.

Little Rock is located at the center of Arkansas along the Arkansas River banks.

Little Rock was named by a French explorer, Jean-Baptiste Bernard de la Harpe, when he referred it to a small rock formation at the Arkansas River as La petite Roche which means Little Rock.

The second most populous city in Arkansas is Fort Smith city with a population of about 87,743 people based on the United States population census of 2019.

Fort Smith has a popular nickname known to the majority of the Arkansas residents and it is called “Hell on the Border”.

Fort Smith is found on the Arkansas-Oklahoma state border, at the confluence of Arkansas River and Poteau River. Fort Smith belongs to the county of Sebastian.

Fayetteville is located on the outskirts of the Boston Mountains with the Ozarks in Arkansas.

Fayetteville has a total population of 87,590 people and ranks as the third-most populous city in Arkansas.

Fayetteville city was formerly named George Washington city before it was later renamed after Fayetteville, a city in Tennessee.

Fayetteville belongs to the county seat of Washington and it has a total area size of 55.41 square miles. Some of Fayetteville’s nicknames are; Track capital of the world, Athens of the Ozarks, The Hill, and more.

Springdale is located on the spring field plateau deep in the Ozark Mountains, Arkansas State and it belongs to two counties which are Washington and Benton.

Springdale is the fourth most populous city in Arkansas as its population is about 79,598. Springdale is known for the nickname; “The poultry capital of the world”.

Springdale is home to the headquarters of the world’s largest meat-producing company called “Tyson food”.

The fifth most populous city in Arkansas is Jonesboro as it has a total population of 76,036 people.

Jonesboro is located on the ridge of Crowley in the northeastern area of Arkansas State, U.S.A.

Jonesboro has a total area size of 80.73 square miles and its water area size has been calculated to be 1.45 m2.

Jonesboro, Arkansas is home to Arkansas State University and it belongs to the county seat of Craighead.

Jonesboro has quite some interesting nicknames and some of them are; J-boog, J-town, JB, Jones boogie and few others.

Also, read about: The top 10 richest people in USA

Arkansas State in the USA (Summary)

When it comes to nature, Arkansas can’t be ignored as Aransas is even the Natural State itself. About half of Arkansas is covered with forests which explains its nickname as a Natural State.

Arkansas’s beautiful lakes, mountains, hot springs, museums, caves, parks, and forests have all contributed to the beauty of Arkansas and have earned more credits to the name given to Arkansas as “The Natural State”.

What do you think about Arkansas State? Would you like to pay the Natural state a visit? Let’s have your comment in the sectino provided below.

Alabama state – All you need to know 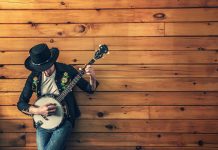