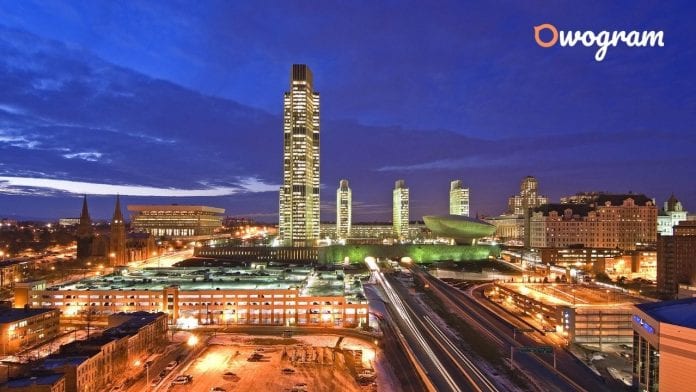 We bring to you 20 interesting facts about Albany City, the Capital of New York.

Albany is the current capital of New York State and it is the 6th most popular city in New York.

The capital is rich in culture and tradition as it is also the oldest city in New York, which means it is even older than New York City.

Albany City had already been inhabited by the native Indians before a man called Henry Hudson claimed the Albany region for the Dutch in 1604 and later in 1614, it started gaining European settlements.

Albany became the capital of New York in 1797 and its state is classified among the first thirteenth colonies that made up the United States.

About 80% of people speak English in Albany while other languages fall below English language.

Albany celebrates a lot of festivals and some of the festivals include Albany Riverfront Jazz festival, Albany Chefs’ food & wine festival, 4th of July celebration, 72nd Annual Albany Tulip Festival, and many other festivals.

Related: 20 Interesting facts about Hartford City, the capital of Connecticut

Albany is known for production of foods, tools, chemicals and other industrial materials. The people of Albany are commonly called Albanians.

Would you like to know up to 20 interesting facts about Albany City? Check them out below.

Albany is the oldest city in New York State and even older than New York City.

The First Perforated Toilet Paper in a roll was made in Albany by Seth Wheeler of Albany in 1871.

The First Passenger Railroad in the United States moved from the Intersection of Albany’s Western and Madison Avenues to the downtown of Schenectady.

Related: See these 20 facts about Honolulu city in Hawaii

The name Santa Claus was firstly mentioned in Albany among other U.S cities and Albany was the first state to include Santa Claus in the United States’ Christmas Celebration.

Albany has 5 National Historic Landmarks which the Ten Broeck Mansion built in 1795 is part of it. Albany also has 57 buildings on National Register of Historic Places.

Albany was named after the York’s Scottish Duke, referring to the “Duke of Albany” when the English people took over the city.

Albany City is the oldest continuous settlement among the other cities of the First Thirteen Colonies that made up the United States.

Albany is the 6th most popular city in New York State.

The origin of the Phrase “A baker’s dozen” could be traced to a bakery owned by Baas Volckert Jan Pieter in the City of Albany.

Before the Washington Park was formed, it was used as a cemetery but for the purpose of transforming it to a park, about 40,000 bodies were transferred to the Albany Rural Cemetery and that was in the 1840’s.

Albany is home to the Empire State Plaza which sits on 98 acres of land.

The Building of New York State Capitol is found in Albany, New York and it took more than 30 years before it was completed.

Albany City, New York was the first to produce a president who was born a citizen of the United States, the person of Martin Van Buren. Although, he was originally born in Kinderhook Village, New York and that is just 20 miles away from the South of Albany.

The Empire State Plaza found in Albany, New York has been seen to connect 11 buildings together and the tons of iron used for the building was said to have cost $1.7 billion.

The first name ever given to Albany by the Dutch was Beverwyck which was a name after a particular animal traded in that city called Beaver.

Lark fest is one of the biggest one-day street festivals celebrated in New York, particularly the city of Albany, and it attracts over 80,000 people yearly.

Albany City has the oldest Pulpit in the United States, located in the Dutch First Reformed Church in Albany but it was originally carved in Holland in 1656.