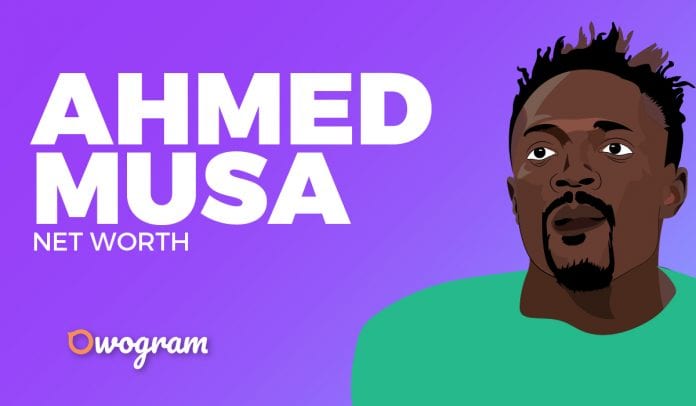 How much is Ahmed Musa net worth today?

Ahmed Musa is a Nigerian international footballer who is well known for his trademark speed on the ball.

Once he retrieves the ball and makes a run for it, most defenders are not able to catch up. This speed serves as an advantage for him in many situations on the pitch.

This characteristic is what turned the heads of many European teams to scramble for his signature.

In his career, he has been through different top clubs in different countries, which makes one wonder just how much is Ahmed Musa net worth.

As of today, Ahmed Musa is worth an estimated $18 million dollars, thus, listed as one of the top 15 richest footballers in Nigeria.

For someone who started his career at a grassroot level, Ahmed Musa has definitely done well by having the kind of career he has had for himself.

He is doing so well that he is one of the richest footballers in Nigeria. So definitely Ahmed Musa net worth is something which every aspiring player would envy.

Through this article, Ahmed Musa net worth will be discussed among other interesting things which you might not know about him.

He was born to his parents, Alhaji Musa and Sarah Moses who were his Father and mother respectively. Despite his birth in Jos, he is originally from Borno state.

He however grew up in Edo state where he was raised by his mother due to the death of his father while Ahmed was aged 7.

Ahmed Musa started his football career in the GBS football academy where he first learned how to play until he was loaned out to JUTH FC.

His time at the club proved successful after playing 18 games out of which he bagged 4 goals.

His surge of form earned him a loan move to Kano pillars in the 2009-10 season. During his time at Kano pillars, he helped the team finish runner-up in the Nigerian Premier League through his goals and assists.

He also held the record highest goal Scorer in the league with 19 goals until it was shattered by a certain Jude Ankeny.

In the summer of the following year, VVV-Venlo bought him from Kano pillars for an undisclosed fee.

He was however ineligible to play for the club until he turned 18, which is why he had to wait till October before he could make his first appearance for the club.

On his debut match for the club, his pace earned the team a penalty in the latter stages of the game.

While at the club, the director at VVV-VENLO opened up on the prospect of Ahmed Musa joining Tottenham after he was scouted by the representatives of the club.

He was also being scouted by representatives of Ajax at the time. He started drawing attention from top clubs around the world at a very early age.

He helped the team to a 3-2 victory against Feyenoord with a spectacular brace which wowed the home support.

In the following season, his first appearance for the club came against Ajax, a game in which he netted another brace in yet another outstanding performance from the Nigerian.

In January of the following year, after much speculations concerning the future of the Nigerian, he was snapped up by CSKA Moscow of the Russian premier league for an undisclosed fee.

However, this deal represented a massive boost to Ahmed Musa’s net worth due to the exponential increase in his weekly wages and bonuses.

One spectacular highlight of his time at CSKA Moscow was when he sealed a 5th place finish in the top-scoring charts of the Russian premier league. He was one of the youngest players to achieve such a feat in the league.

Ahmed Musa net worth received a further boost when he earned a move to Leicester city in the English premier league for a record £16.6 million.

He immediately made his mark at the club after scoring a goal in a friendly game against Barcelona in the International Champions cup usually staged in America.

He made his first premier league bow with an appearance against Hillary city which ended in a 2-1 loss.

His first goal for the club center in the league in a 3-1 victory against Crystal Palace. Things didn’t quite turn out as expected for him at the club due to a turn of bad form.

This resulted in him being sent back on loan to CSKA Moscow on the 30th of January, 2018.

After the conclusion of his loan, he was finally sold to Al-Nassr in the Saudi Arabian football league in a mega deal that immediately raised Ahmed Musa net worth.

Ahmend Musa Net Worth and Highlights

As of today, Musa’s net worth is estimated at $18 million dollars. Although, not one of the richest footballers in Africa, below are some of his highlights.

In one of Ahmed Musa quotes, he said; “The best present I’ve ever given someone is myself. I’ve given it to everyone.”

Some of the life lessons from Musa is summarized below:

Summary of Ahmed Musa Net Worth

Ahmed Musa net worth of $18 million is definitely reflective of the amount of hard work he has put into getting where he is today.

Regardless of the fact that football is very lucrative, it is also important to identify the struggles which he went through in the initial stages of his career.

This is enough to make anyone quit, but he didn’t and today he’s reaping the fruits of that decision he made years ago.

Ahmed Musa’s worth is definitely something worthy of envy for upcoming footballers. His career is something that can stand as an Exemplary one for them to follow.

Now you know just how much the favorite Nigerian player is worth and important things about his career. 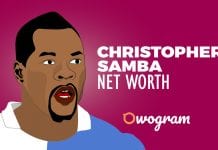