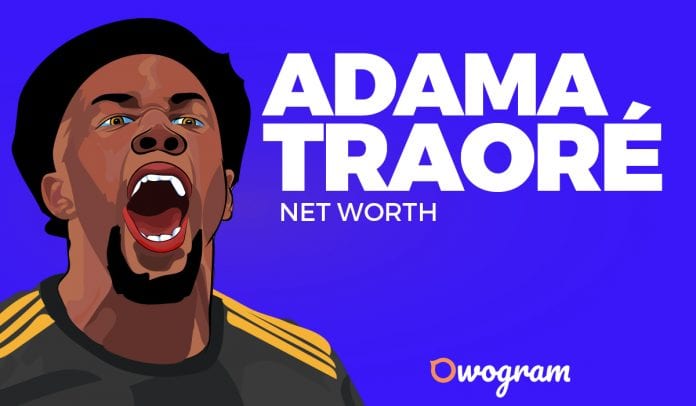 How much is Adama Traore net worth?

There is no fan of any English premier league that does not know about Adama Traore due to his fast lightning pace, and excellent dribbling skills which leaves defenders dead in his wake.

At full tilt, no one can match his speed, and his muscular body also helps him with more balance on the ball; making it quite an impossible task for him to be dispossessed by the defenders.

This has resulted in a rise in his stock in the league. Although he’s not listed as one of the richest footballers in the world, his fans wonder how much Adama Traore net is.

Despite the fact that he plays for an average team in England with limited financial muscle, Adama Traore net worth is still eye-watering and could come as a shock to many.

He has diligently built his career to the top level, and he isn’t looking to stop anytime soon. His recent call up to the Spanish national team is evident in his hard work and consistency over the years.

Here, we will discuss everything about Adama Traore’s net worth, biography, earnings, and everything else that adds up to his current net worth today.

Adama Traore was born to his parents Fatoumata and Baba Traore, his mother and father respectively on the 25th of January, 1996. He was born in the area known as L’Hospitalet in Barcelona, which earned him Spanish citizenship by birth.

He has two other siblings who are both male and female. His parents were Spanish immigrants but their roots can be traced to Africa, West Africa (Mali) to be precise. They migrated from Mali to Spain in order to gain access to better living conditions, opportunities, and more.

At an early age, Adama and his brother started going to neighborhood fields to play football, and their talents were quickly spotted.

Adama and his brother started playing football at the Centre D’Esports L’Hospitalet, and in no time they became famous for their talents. Who knew what Adama Troure net worth would turn out to be?

Adama’s dreams came through when he was invited for a trial by Barcelona, and he was subsequently signed after being impressed by his talent. His brother had rather slow progress but was also signed to the Espanyol academy two years later.

Adama Traore had a very successful time at the Barcelona youth academy. On the 9th of November 2013, in an academy match against Real Jaen, Adama came on from the bench but was subsequently sent off for his role in conceding a penalty against the team.

The game ended in a 3-0 loss for Barcelona. A couple of weeks later, he made his debut in the La Liga Santander aged 17 years old.

He came on as a substitute against Granada, replacing Neymar in a game that eventually ended in a 4-0 victory for Barcelona.

Traore made frequent appearances for the first team of Barcelona and the reserve team simultaneously in order to earn him more game time.

He made an appearance at the U-19 side in the first edition of the UEFA Youth League, making 5 appearances and netting 2 goals as Barca rode to victory in the final.

His debut goal for the first team came on the 16th of December 2014 in a Copa Del Rey match against CD Huesca which ended in an outstanding 8-1 victory for the club. This game would prove to be his final game for Barcelona after receiving numerous offers for his signature.

In the summer of 2015, Adama joined Aston Villa in a record €12 million deal which saw him put pen to a lucrative 5 year contract for the club. This no doubt added to Adama Traore net worth.

This marked the beginning of Adama Traore’s rise to fame. Included in the contract is a three-year buy-back clause, something that testifies to the huge talents and expectations Barcelona had on him to become a megastar in the future.

He went straight into the first team of Aston Villa and made his debut for the club a week later. He immediately made an impact as he forced an own goal from Pape Souare of crystal palace in the English Premier League.

His first goal for the team came in the next match day against Notts County which ended in a 5-1 victory for Villa in the league cup.

He however could not help Aston Villa avoid relegation that season due to a string of poor performances from the entire squad.

The last game for the club came against Sunderland, earning an assist through a cross which was buried in the net by his teammate Carles Gil.

He picked up an injury and was replaced and the match ended in a 3-1 loss for Aston Villa. After the game, he was dropped from the first team due to alleged indiscipline by the club. Aston Villa was relegated to the English Championship at the end of that season.

On deadline day in the summer of 2016, Adama was signed by Middlesborough for an undisclosed fee by the clubs, putting his signature on a four year contract with the club.

How much Adama Traore net worth was boosted by this deal still is yet to be known, considering he moved from a bigger club to a smaller one.

He made his debut for the first team a month after joining in a 1-2 home loss to Crystal Palace. He was on a bad Streak for the club due to his goalless Streak which ran over 31 games for the club.

Adama impressed the club with better performances in the following season despite the change of management of the team from Gary monk to Tony Pulis.

His pace and dribbling skill caused a whole lot of problems for defenders as he won most of his duels. He scored a total of 5 goals and racked up 10 assists to his name as he helped the team reach the championship playoffs.

The following summer saw him snapped up by the just promoted Wolverhampton wanderers in a deal worth £18 million. He put a pen to a 5 year deal which massive increased Adama Traore net worth.

He netted his debut goal for the team in his 40th game for the club which ended 1-0 for Wolves against West ham.

In his 50th game for the club which came in the English Premier League, Traore scored a double against Manchester city, one of the richest football clubs in the world, in a match that saw Adama being described as a giant slayer.

His performances helped wolves reach the UEFA Europa league competition and he scored his first goal in the competition in a 3-3 draw in an away game to Braga.

He was awarded with the PA Player of the month for his excellent performances stretching for over a month with goals, assists and eye-catching dribbles.

As of today, Adama Traore is worth an estimated €12 million. Here are some of his career highlights below:

How Adama Traore Spends his Money

While Adama Traore net worth allows him the luxury of buying flashy things like sports cars, big mansions, expensive jewelry, and properties, he has never been one to come under the spotlight for lavish spending.

Very little to nothing is known about his cars, homes, and other things he spends on; despite the mammoth salary he earns at Wolves.

He does not even have a girlfriend, as it is rumored that he prefers to focus on his football career for now. What a decent, dedicated young man!

In one of Adama Traore quotes and sayings about football, he said; “People tell me I’m the first in dribbling. But it’s important that, after dribbling, I cross or pass or score. If I don’t, then dribbling is pointless.”

Related: How much is Victor Moses net worth

Summary of Adama Traore Net Worth

Adama Traore net worth is a testament to his hard work, dedication, work ethic, and professionalism.

Despite all the stumbling blocks that appeared in his career path, he always did his best to overcome them and move forward with his career. One may say his career is slow on, yes it is. However, growth is growth; no matter how slow it is.

Despite making a lot of money on a weekly basis through his club, Adama still maintained quite the humble lifestyle away from the prying eyes of the public.

He just seem to be the complete man. He is definitely a role model for many upcoming footballers who need mentors as a guide for their own careers too.

His story is definitely one of someone who rose from grass to grace. Keep others entertained by sharing this post on your numerous social media accounts. 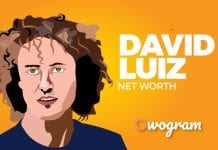 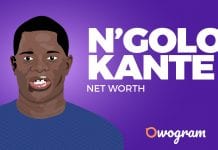 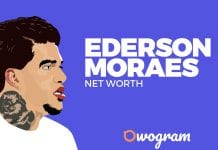 Raheem Sterling Net Worth and Biography