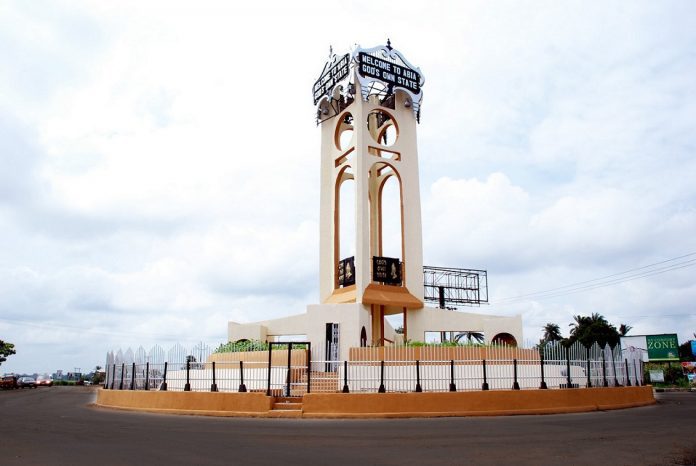 The State known as one of the constituent states of the Niger Delta region. The State’s capital is Umuahia while the commercial city of the state is Aba.

Abia State, one of the 36 state and capital in Nigeria is also referred to as GOD’s OWN STATE.

The name “Abia” is an abbreviation of four of Abia state’s densely populated regions Aba, Bende, Isuikwuato, and Afikpo.

Abia includes areas of oil-palm bush and tropical rain forest in its southern part and woodland savanna in its hilly north. It is one of the nine constituent states of the Niger Delta region.

Abia State is an Igbo-speaking state and is found under the Igbo ethnic group. The Igbo people, who are one of the indigenous peoples of the South-eastern part of Nigeria, make up 95% of the population.

Their traditional language, Igbo is in widespread use. English is also widely spoken and serves as the official language in governance and business. In Abia State, over 2.4 million people are mainly Christians.

Tourist destinations in Abia state include:

Commissioned in 1985, the museum which is located at Ebite Amafor in Isingwu Autonomous community in Umuahia North LGA, occupies a large area of land surrounded by undulating hills.

The relics of war being housed in these sections include weapons used during the pre-colonial civil disturbances, imperial warfare materials, and those of the Nigerian civil war.

It was established in 1984 to showcase Nigeria of the colonial era, the museum has a collection of Nigeria’s evolvement as a nation, relics of the slave trade, European imperialism, chronology of rulership in Nigeria, rise of nationalism, and the attainment of independence.

The historical museum is served with a good road network, telephones restaurants, and hotels in Aba.

Arochukwu cave is very dark inside with many outlets, some of which are about a hundred yards away from the main entrance. During the slave trade era, this shrine was used for consultative purposes and as a court of law.

In the cave are the destiny gate, a flowing stream (Iyi-eke), the gate of no return, and spring through which victims were sold into slavery.

Located in Arochukwu, the museum is under the National War Museum and it houses many items, some of which were collected through trade by barter and war.

Also found in the museum is the Iyama Afia Shrine and the grave of Mazi Ogbuji Okoro Oji the original founder and owner of the museum.

Located in Azumini town, Ukwa East LGA, the river is a sparkling blue river which is surrounded by fine sands and glassy stones.

By the river banks are beautiful beaches that provide pleasant places for leisure, fishing, boating, yachting, and skiing.

Crude oil and gas production is a prominent activity, as it contributes over 39% of the State’s GDP. There are over 100 oil wells and 3 installed flow stations in Abia State.

There is also an associated gas plant, Abia/NNPC gas plant. As of 2012, the boundary Commission said it returned 42 oil wells from neighboring Rivers State to Abia.

This would have meant Abia being the fourth-largest oil-producing state in the county.

Oil giant, Shell, holds most of the licenses for the wells in the State and has concentrated on the estimated 50 wells that are considered high-yield. The manufacturing sector only accounts for 2% of the GDP.

The industrial center of the state is in Aba, with textile manufacturing, pharmaceuticals, soap, plastics, cement, footwear, and cosmetics.

This edifice of international standard was built to enhance tourism as well as boost the State economy through hosting of major International and Local events.

Agriculture is the second economic sector. It represents 27% of the GDP and employs 70% of the state workforce.

With its adequate seasonal rainfall, Abia has much arable land that produces yams, maize, potatoes, rice, cashews, plantains, taro, and cassava, Oil palm is the most important cash crop.

There are two major power plants in Abia, The Alaoji Power plant and the Geometric Power plant. Abia is one of the most peaceful states in Nigeria and has been a “haven” for foreign investors. Mineral resources include lead and zinc.

That’s all on Abia’s state profile.

Abia is known for her rich arts & culture, vast human resources, tech, industry & unmatched record for talents in almost all areas of life.