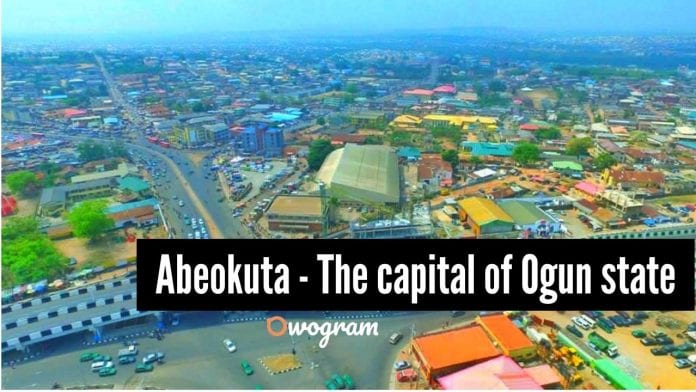 Abeokuta is the capital of Ogun state and it was founded in the year 1830. It is located in the North-central part of Ogun State, Nigeria and it has an elevation of 66 meters.

Abeokuta is ranked as one of the most populous city in Nigeria as it has a total population of 451,607 people, with an area size of 339 square miles amounting to about 879km2.

The city is well known for the production of Adire and Kampala (Tie and Dye), Cocoa, Kola nuts, Palm products, Maize, Natural rubbers, Rice, Yam and so on.

The capital of Ogun state is nicknamed the city of rocks and a popular rocky site is situated in Abeokuta and it is called “Olumo Rock”.

Abeokuta is a Yoruba term that means “Under the Rock”. Abeokuta is full of rocks all over the city and which is why the city’s name has references to rocks.

The capital of Ogun state had the first secondary school in Nigeria before it was relocated to Lagos state.

Abeokuta is home to the first hospital in Nigeria and the name of the hospital is called “The Sacred Heart Hospital”.

The first name ever given to Abeokuta the capital of Ogun state was Oko Adagba which means “Adagba’s Farmstead” but was later changed to Abeokuta. Adagba was regarded was an Itoko farmer.

The first Newspaper in Nigeria was the “Iwe Irohin” and it was established in Egbaland in 1859.

Abeokuta is home to the first Baptist Church in Nigeria.

Abeokuta was the first city to have a Local Government in Nigeria.

Olumo rock is a high rocky area in Abeokuta and since its discovery, no casualty has ever occurred.

Olusegun Obasanjo and Ernest Shonekan are both from Abeokuta the capital of ogun state, and they are the only westerners to ever rule Nigeria.

The first woman to ever drive a car in Nigeria was from Abeokuta.

The first Nigerian monarch to ever visit England on a state visit was the Abeokuta monarch who has the name “Alake Gbadebo I”.

Abeokuta was the first city in Nigeria to have a bridge built without the supervision of the Europeans. The name of the bridge was called “Sokuri Bridge” and it was constructed in 1903.

Abeokuta is the state capital city of Ogun state Nigeria.

Abeokuta is the most populous city in Ogun state and it has a population of about 451,000 people.

Abeokuta, the capital of goun state was founded in the year 1830 and a woman called Sodeke was said to be the leader of Abeokuta at that time.

It was said that the first University in Nigeria was primarily planned to have its ground in Abeokuta but due to several fights and casualties, it was established somewhere else and particularly Ibadan, Oyo state.

What did you think?

Hawaii state in the USA, all you need to know