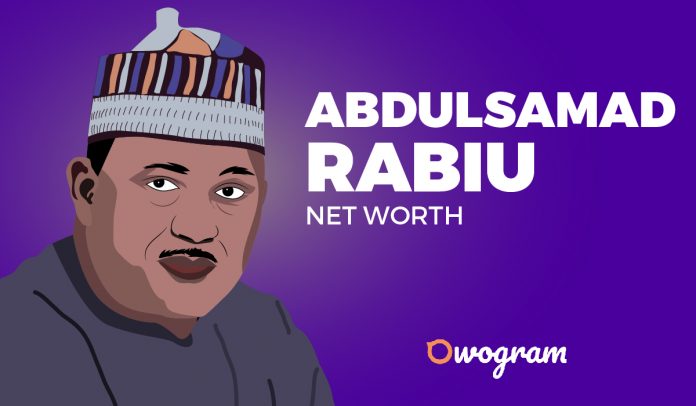 How much is Abdulsamad Rabiu net worth?

When people get to hear about a businessman, they often want to know how much he has made from his business. Would you like to know Abdul Samad Rabiu net worth?

Abdul Samad Isyaku Rabiu CON is a Nigerian billionaire businessman and philanthropist. His late father, Khalifah Isyaku Rabiu, was one of Nigeria’s foremost industrialists in the 1970s and 1980s.

Just like Aliko Dangote who is currently on the list of the top 10 richest Nigerian men, Abdul Samad is the founder and chairman of BUA Group, a Nigerian conglomerate concentrating on manufacturing, infrastructure, and agriculture, and producing revenue in excess of $2.5 billion.

He is also the chairman of the Nigerian Bank of Industry (BOI). On July 7, 2020, Forbes estimated Abdul Samad’s wealth at $3.2 billion, putting him 716th in the global billionaire’s club.

Abdulsamad Isyaku Rabiu is worth an estimated $3.2 billion, as estimated by Forbes.

He is a Nigerian Muslim business maverick. Over the years, this man has acquired so much wealth and he is still active to acquire more.

Abdulsamad Rabiu is the founder of BUA Group, a Nigerian conglomerate active in cement production, sugar refining, and real estate. He is also the Chairman of the Nigerian Bank of Industry.

Abdul Samad Rabiu was born on the 4th of August, 1960 to the family of Khalifah Isyaku Rabiu in Kano State, Nigeria. Abdul Samad’s family was already wealthy even before his birth, his father was one of Nigeria’s top industrialists in Northern Nigeria in the 1970’s and 1980’s after the Nigerian civil war.

Abdulsamad’s other well-known siblings are Nafiu Rabiu who is a high-flying businessman and Rabiu Rabiu who is also successful in his own field and has interests in the aviation sector.

Abdulsamad Rabiu received his primary and secondary education in Kano. He attended Capital University in Columbus, Ohio where he obtained a bachelor’s degree in Economics.

He went on to go into real estate by acquiring abandoned ruined houses, refurbishing them, and putting them back on the market for profit.

He also set up his own textile industry and even obtained a license to trade sewing machines in the North and even explored the oil and construction sector.

All of these ventures show how much of an entrepreneur Abdulsamad’s father was and he passed on this inclination and interest to Abdulsamad.

However, Abdulsamad’s father was arrested by the administration of General Muhammadu Buhari in 1984 on charges of rice hoarding, and fortunately, that was when Abdulsamad had just completed his education in Ohio and returned to Nigeria.

Although Abdulsamad had other brothers probably older than him, it was him who stepped in to replace his detained father and take over the family business at the young age of 24 and he performed excellently. He successfully steered the business and put it back on the right track.

Although Abdulsamad was born and raised in Kano, he did not start up his own businesses there, he went on to establish his own business in Lagos. Abdul Samad Rabiu’s career in business can be dated back to when he established BUA International Limited in 1988 for the sole purpose of commodity trading.

Fast forward to 2005, BUA started two flour-milling plants in Lagos and Kano. By 2008, BUA had broken an eight-year monopoly dominated by rival Dangote in the Nigerian sugar industry by commissioning the second largest sugar refinery in sub-Saharan Africa.

In 2009, the company went on to acquire a controlling stake in a publicly-listed Cement Company in Northern Nigeria and began to construct a $900 million cement plant in Edo State, completing it in early 2015.

He also has a stake in BUA Oil and Mill, BUA Estate, BUA Sugar, BUA Port, and terminal and BUA cement.

In early January 2020, Rabiu merged his privately-owned Obu Cement Company with listed firm Cement Co. of Northern Nigeria as the company trades on the Nigerian stock exchange with Rabiu owning a 98.5% stake.

Abdul Samad Rabiu is also passionate about philanthropy. He established the BUA Foundation essentially for his philanthropic activities.

So far he has constructed a 7000 Square meter pediatric ward at the Aminu Kano Teaching Hospital and constructed the Centre for Islamic Studies at the Bayero University Kano amongAst several other gestures.

How Abdul Samad Rabiu does Spend His Money?

Over the years, this man has acquired so much wealth and is still active to acquire more. He did not just have this wealth as he started somewhere.

In addition to his assets in the BUA Group, Rabiu owns property in Britain, worth $62 million, and in South Africa, worth $19 million.

Among his properties is a house in Gloucester Square in London worth nearly $16 million and a penthouse at The One & Only Hotel, in Cape Town, worth $12.6 million. Some of his luxury cars include

In one of our favorite Abdul Samad quotes about life and success, he once said; “Nineteen people may love your work, but the twentieth one will hate it and will tell you so; you cannot allow that to affect you. That may sound trite, but there is a huge risk in letting criticism get you down.”

Abdul Samad Rabiu took over the family business and successfully steered it through a difficult patch.

He does not allow his father’s scandal affects him.  He set up his own import business in 1988 called BUA. It included different interests in sugar and rice, steel, and many more. Abdulsamad Rabiu hardly sleeps at night.

He is busy strategizing on how to attract more direct foreign investment to Nigeria. He is not relenting until a substantial average Nigerian youth gets employed

Be prepared to sacrifice, and work harder than you’ve ever thought possible. Be prepared to work around the clock, to be laughed at, called a dreamer, and to be told several times that your ideas will not work.

Abdul Samad Rabiu net worth is $3.5 billion. Don’t assemble in your mind all the things that went wrong, all the things someone did to you, or the situations that hurt you, that’s baggage that weighs you down.

One can be born with a silver spoon and still lose it all. But this wasn’t the case for Samad. He went on to make his inherited wealth more huge.